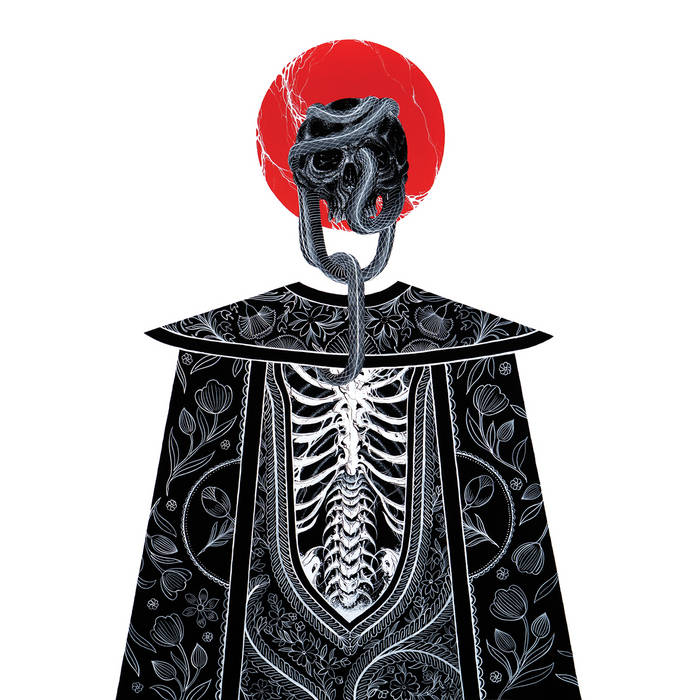 Tampertronics Sophisticated, swirling, echoing, gothic moody blackened death with a strong concept behind it. Catchy as hell too. Love the snaky riffs and the commanding vocals, but the atmosphere is the star here. Favorite track: Rising Light of Lunacy.

Fraz This is seriously good and gets better on repeat listening. Top tier dissonant blackened death metal with some awesome almost cinematic other worldly riffs at times. Don't get me wrong, it's not cinematic in that it creates a sense of space or that it's like a film score. But the music conjures images of a bleak disturbing dystopian nightmare world. Or maybe that's just me, it's been a long year. Either way, if you like dissonant death metal buy this album, you won't regret it.

YomaBarr Flattened from the first note. This year never ends. It's not only a niiiiice slab of blackened death, it's also with twisted dissonant riffs and that's what brings that fat tomcat smile to my face.
Lyrics, please!

FallenAngel This one song makes me want to make this to the aoty list.

Friend of the Night

The end of 2020 brings a new beginning for blackened death-doom collective Heretical Sect. Founded in the American Southwest in 2018 the group released their debut EP in early 2019 and now join with Gilead Media for their powerful debut full-length, Rapturous Flesh Consumed.

Heretical Sect exists as an entity to communicate the unique perspective of the American Southwest. But not in sound or sonic style, instead by focusing on the historical, personal, and cosmological narratives of the region and coupling those perspectives with death-doom and ferocious black metal. Haunting lead melodies guide the listener to a path of tortured guitar work and pummeling rhythm as each passage builds into an atmosphere of total anguish, underscored by vocals torn from other dimensions and channeling generations of suffering.

Although the American Southwest is typically represented through the nostalgic and romantic lens of cowboy culture it is home to numerous atrocities. Religious persecution, disease, slavery, and other violent acts are burned into the memory of the landscape. Expansive Skies, deep canyons, and painted red rock have witnessed untold butchery and grief. This project a funerary monolith to the countless, unknown dead who resisted and died, crushed beneath the hooves of conquest, victims to genocide and massacres. This serves as a foundation for the sound of Heretical Sect, juxtaposed against the beauty of the high desert.

“We meet the madness of collapse; adorned in the cloak of chaos, confusion, and death—the mantle of our collective past.”
The specific concept behind Rapturous Flesh Consumed is centered around the perspective of Salvador de Guerra, a religious zealot and Catholic Padre infamous for mutilation and torture. The album explores Guerra’s insanity and postulates some fictional reasoning behind his actions, seeing him obsess over the relationships between Christianity and native traditional beliefs. Attempting to marry the two through his own blasphemous rituals.

Heretical Sect contains members of well-known Santa Fe bands but all members remain anonymous and hooded during live performances and photos so that the listener’s focus can be put upon the lyrical themes and songwriting.

Rapturous Flesh Consumed was recorded live in the studio by Augustine Ortiz, who also meticulously mixed the album. Mastered at Cauliflower Audio in Cleveland, OH. The album’s artwork is by Zac Scheinbaum and was commissioned specifically to fit the album’s themes of ghastly religious persecution.

HERETICAL SECT is a reclusive collective fixated on the physical and spiritual genocides of the Southwest.

Bandcamp Daily  your guide to the world of Bandcamp